Here is a list of five famous authors who felt the harsh smack of the “Rejected” stamp.

As I’m getting closer to my spring/summer deadline, I keep praying for thicker skin for when those rejection emails come pouring in. I have a lot of fellow writers who follow my blog, but I think everyone could use a little reminder that all great people have faced rejection at some point.

James Baldwin: Author of Go Tell It On The Mountain, Giovanni’s Room, The Fire Next Time.

Rowling was rejected from 12 publishing houses before she landed at Bloomsbury In June 1997.

Alcott was rejected by publisher James T. Fields who said, ““Stick to your teaching, Miss Alcott. You can’t write.” 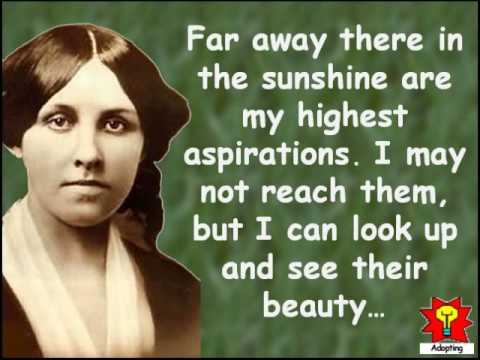 A harsh comment on the rejection letter Plath received in regards to The Bell Jar:

“I’m not sure what Heinemann’s sees in this first novel unless it is a kind of youthful American female brashnaess. But there certainly isn’t enough genuine talent for us to take notice.”

Dickens didn’t tell his friends that he was mailing off his manuscript to publishers because he was afraid that they would make fun of him. Here is part of the rejection letter he received from one publisher for A Christmas Carol:

“Our primary issue is its preposterous main premise. We will grant that readers may indeed be willing to accept the idea of four omnipotent ghosts returning to Earth to do good for the betterment of mankind. However, it stretches the boundaries of credibility to their very limits to expect anyone to believe a CEO would repent his ways via voluntary monetary penance. Pay his secretary’s mortgage? Double his salary? Are you certain, Mr. Dickens, that you did not intend to submit this manuscript to our humor publishing subsidiary?”

First off, sorry for any typos, I’m writing on my phone and that is a grammar disaster for me.

I received a formal rejection from an editor today. I took a “writing” test for a regular contributor role that took me days to complete. I put time, work, and emotion into this test and was told, “No.”. Ouch, it hurt, it STILL hurts even though I knew it was coming. It took weeks to hear back (never good in the writing biz).

When I heard “No.” I wanted to quit writing….then I wanted to write about it. Because rejection hurts, but writing heals. I WILL NOT allow this defeat to take the joy out of my writing.

Thank you for reading and listening.
♡R

Rachel McKee, ©Illuminated Literation, 2016. Unauthorized use and/or duplication of this material without permission from the author and/or owner is strictly prohibited. Excerpts, links, and photos may be used, provided that full and clear credit is given to Rachel McKee and Illuminated Literation. With appropriate and specific direction to the original content.
Loading Comments...
%d bloggers like this: